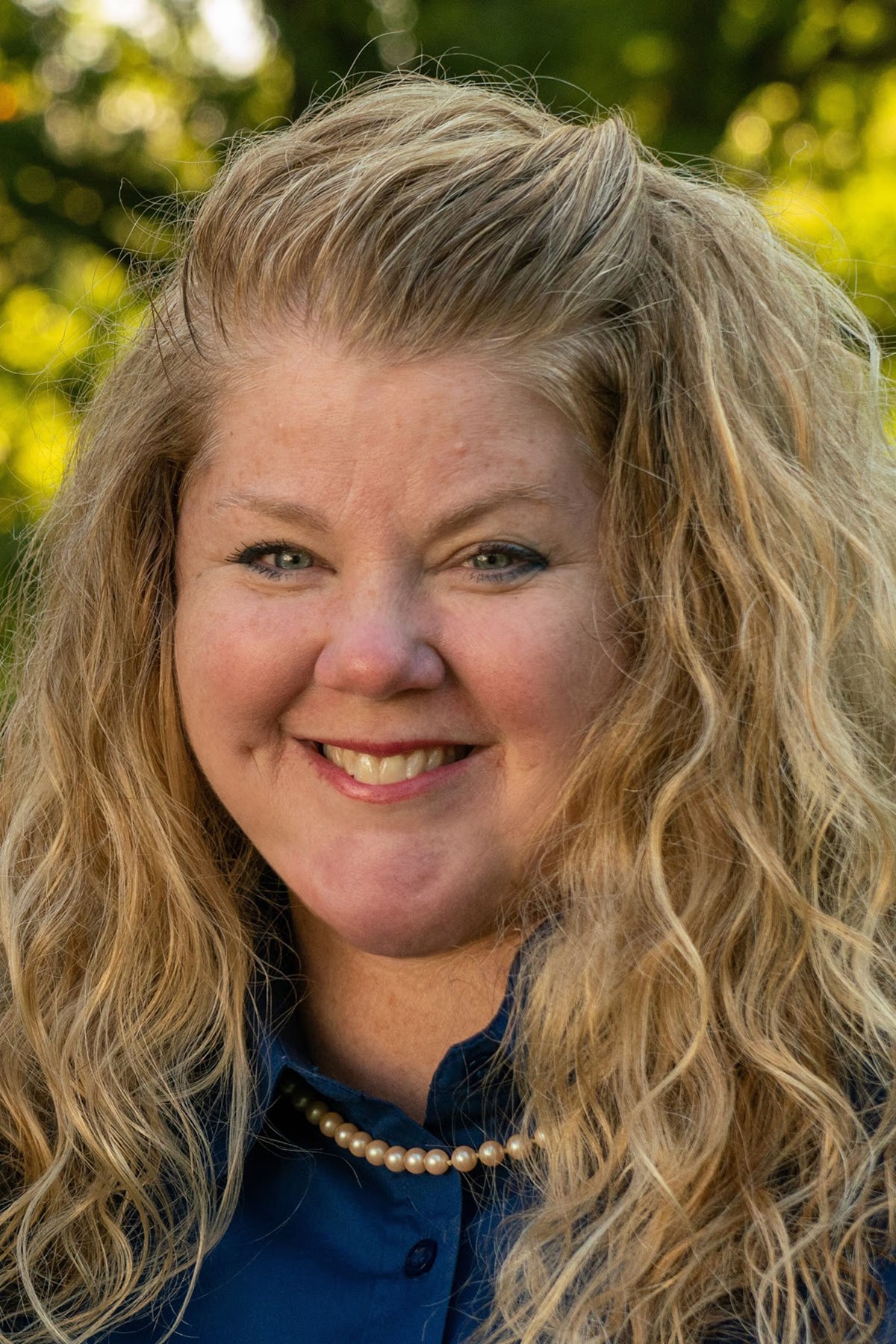 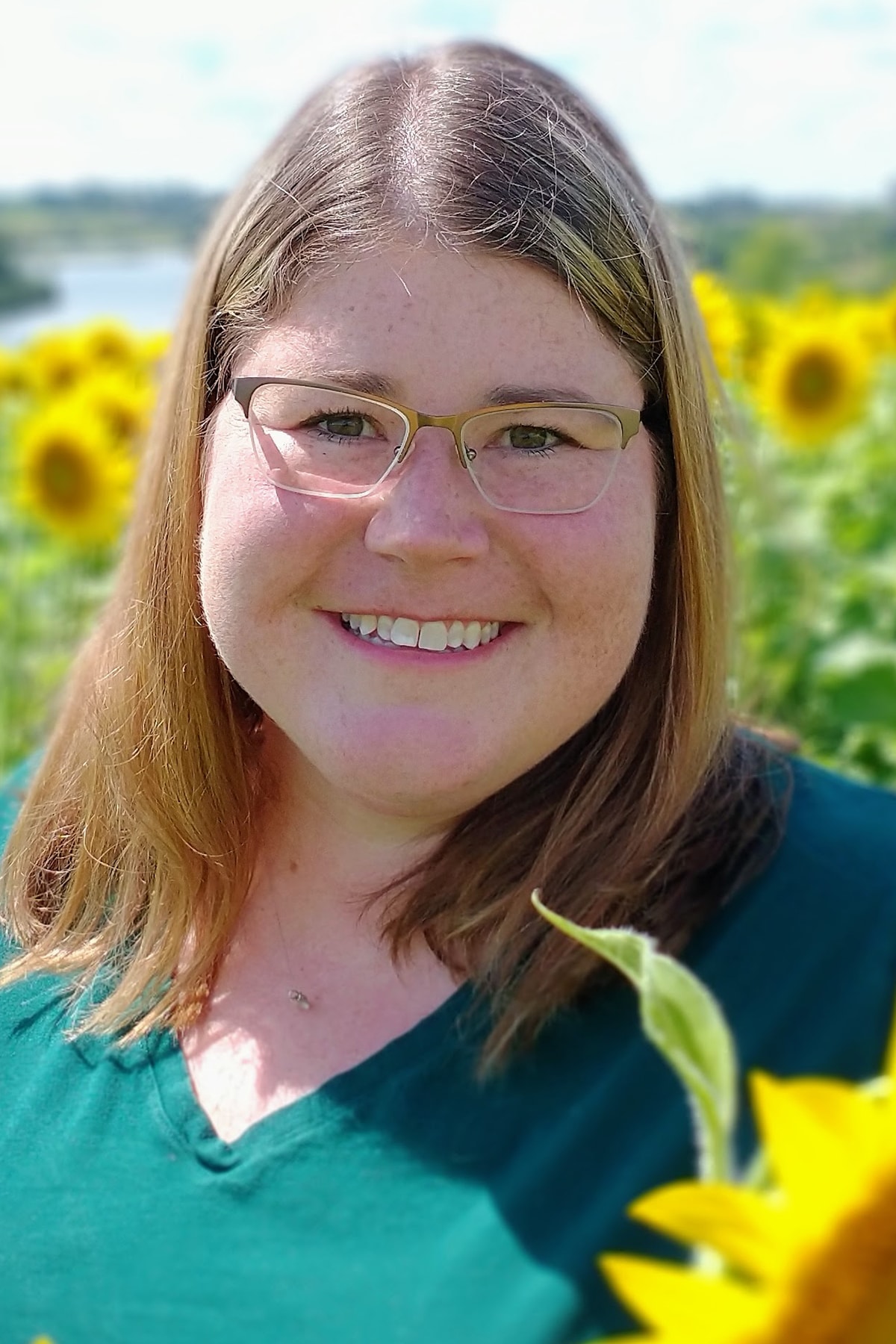 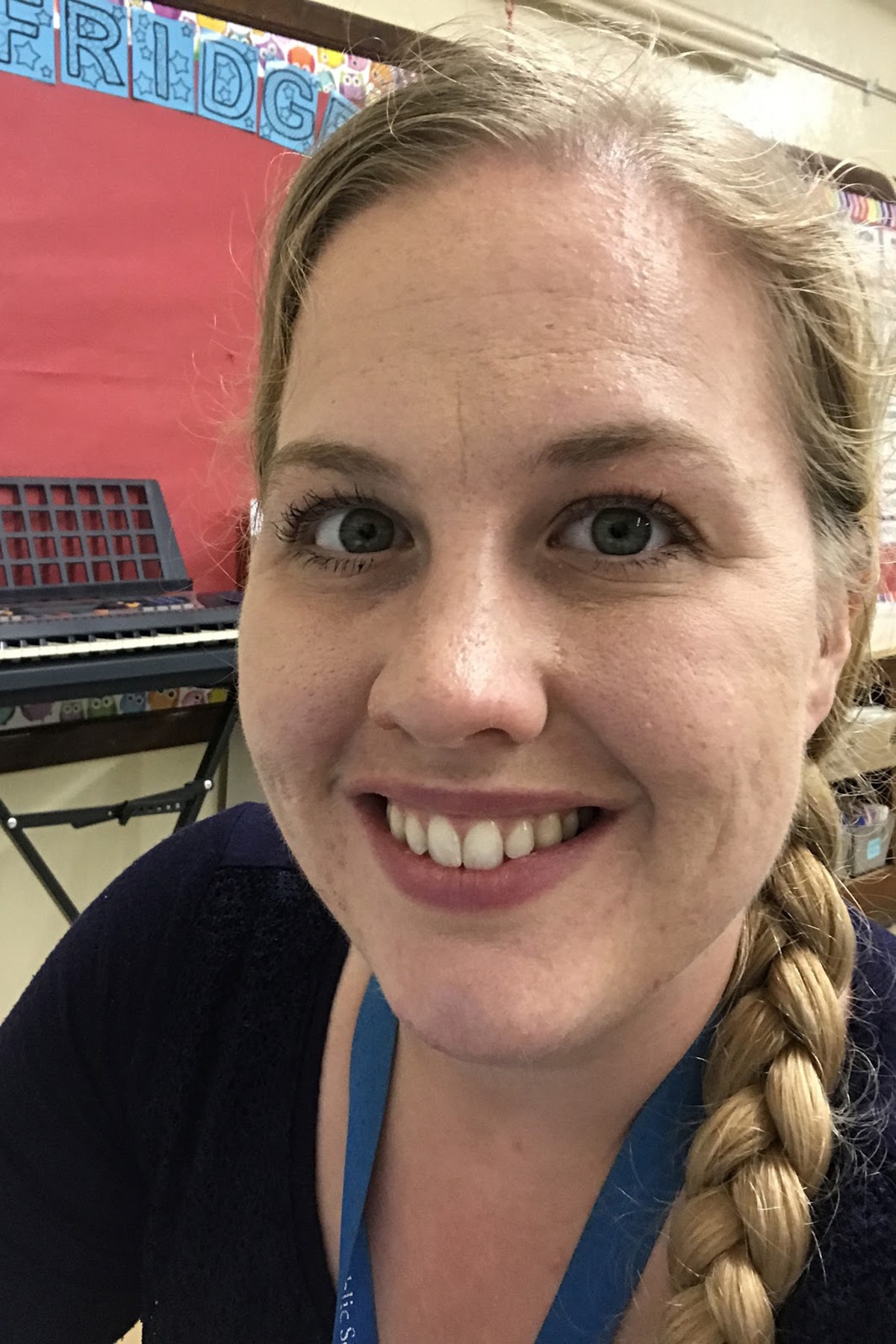 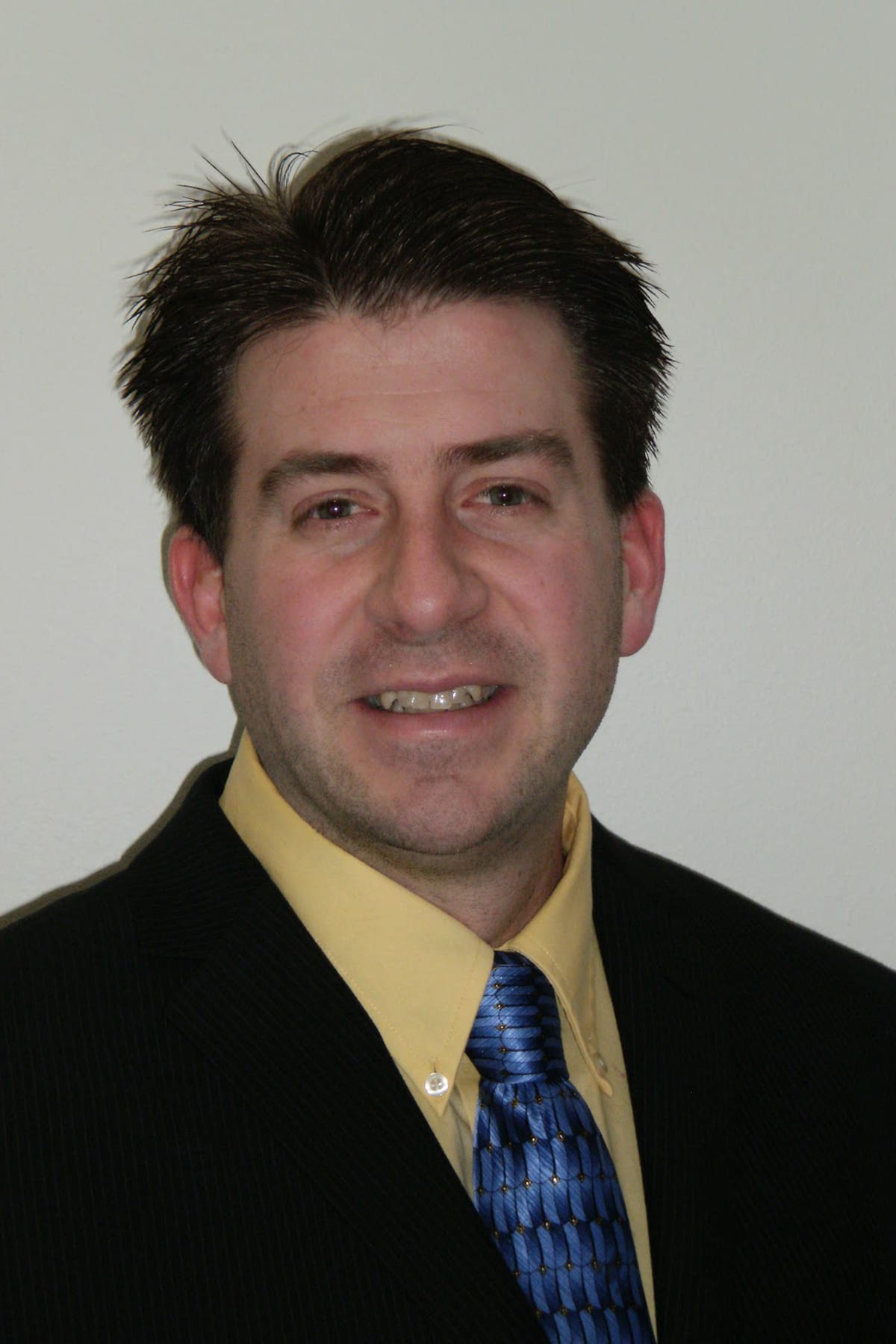 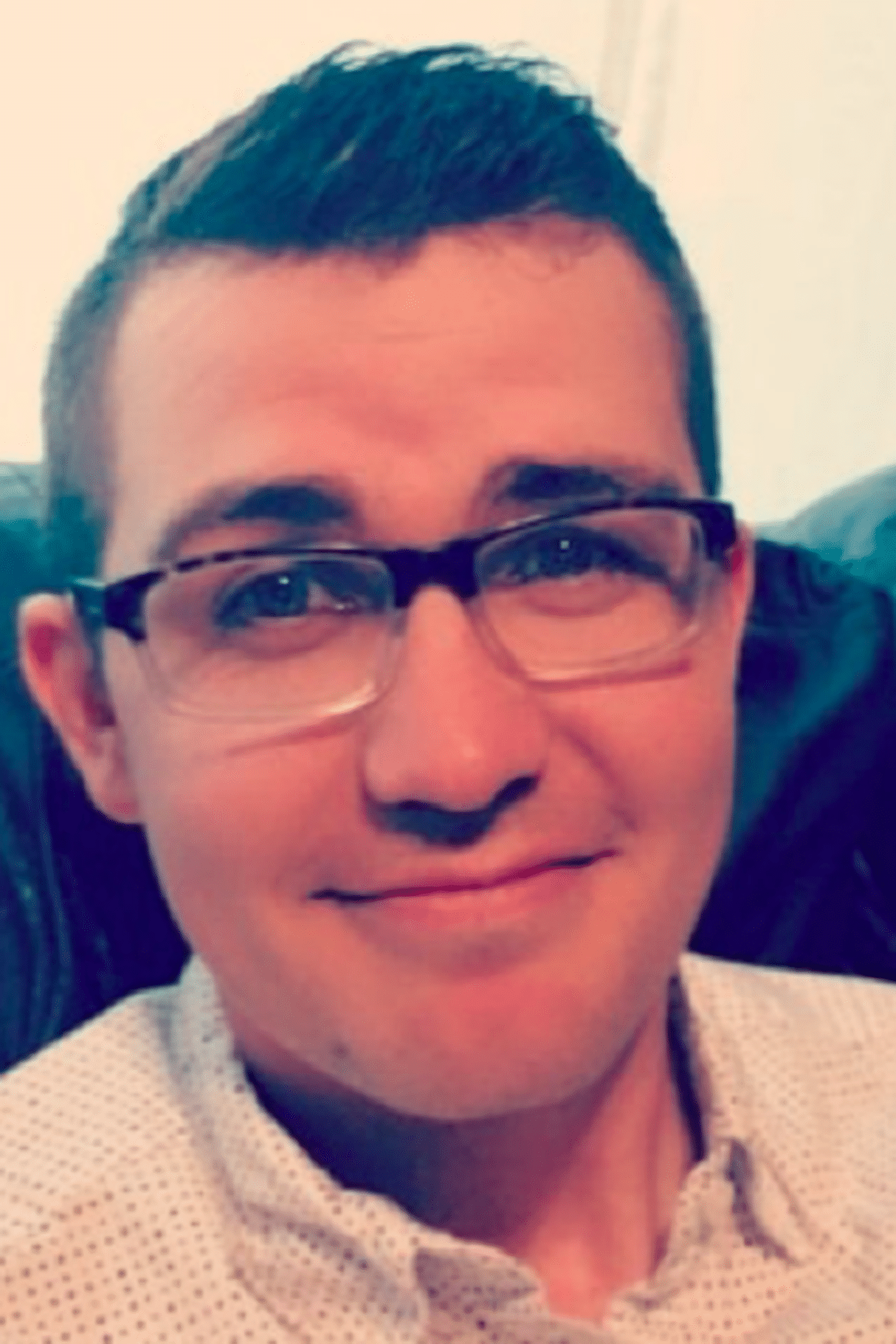 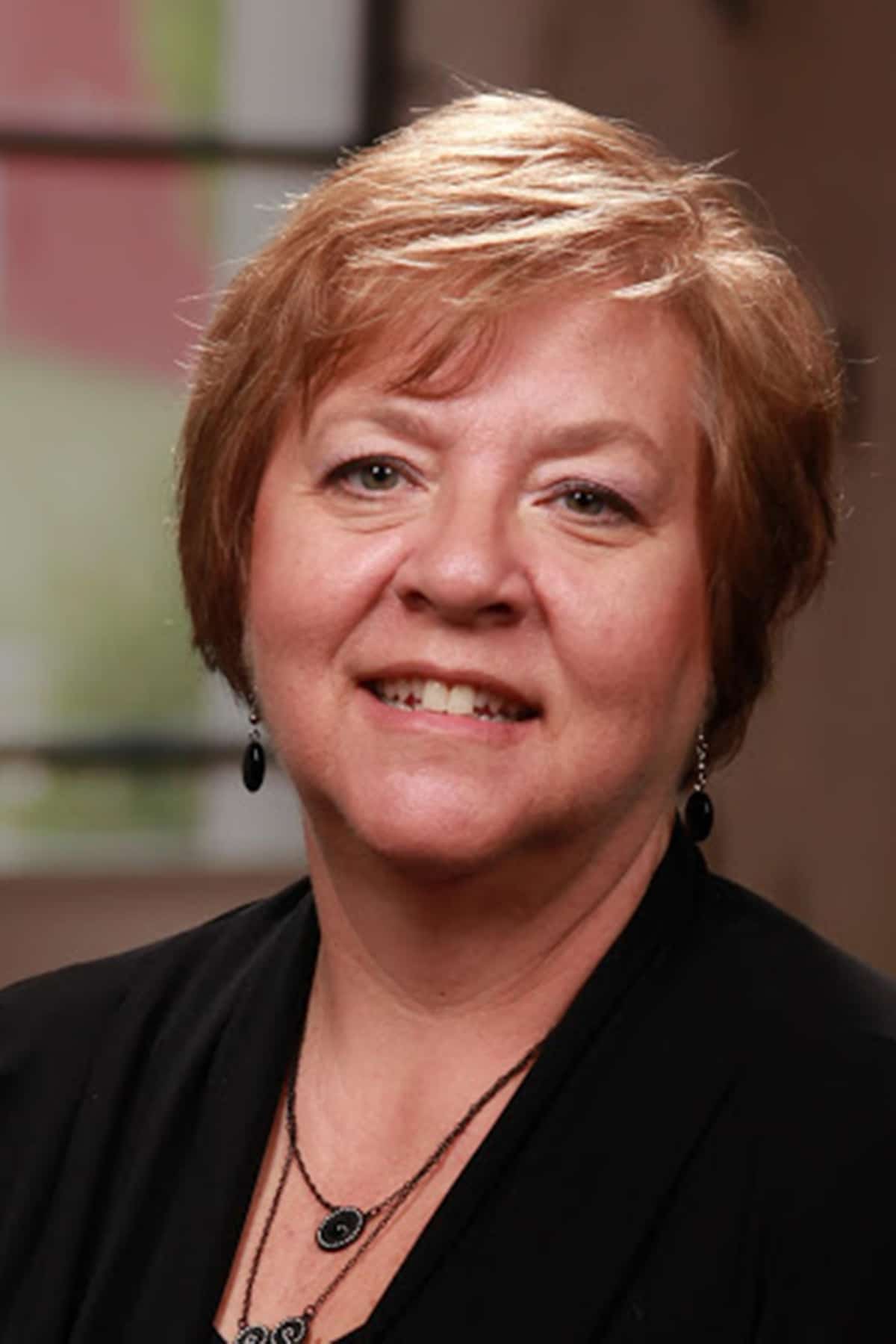 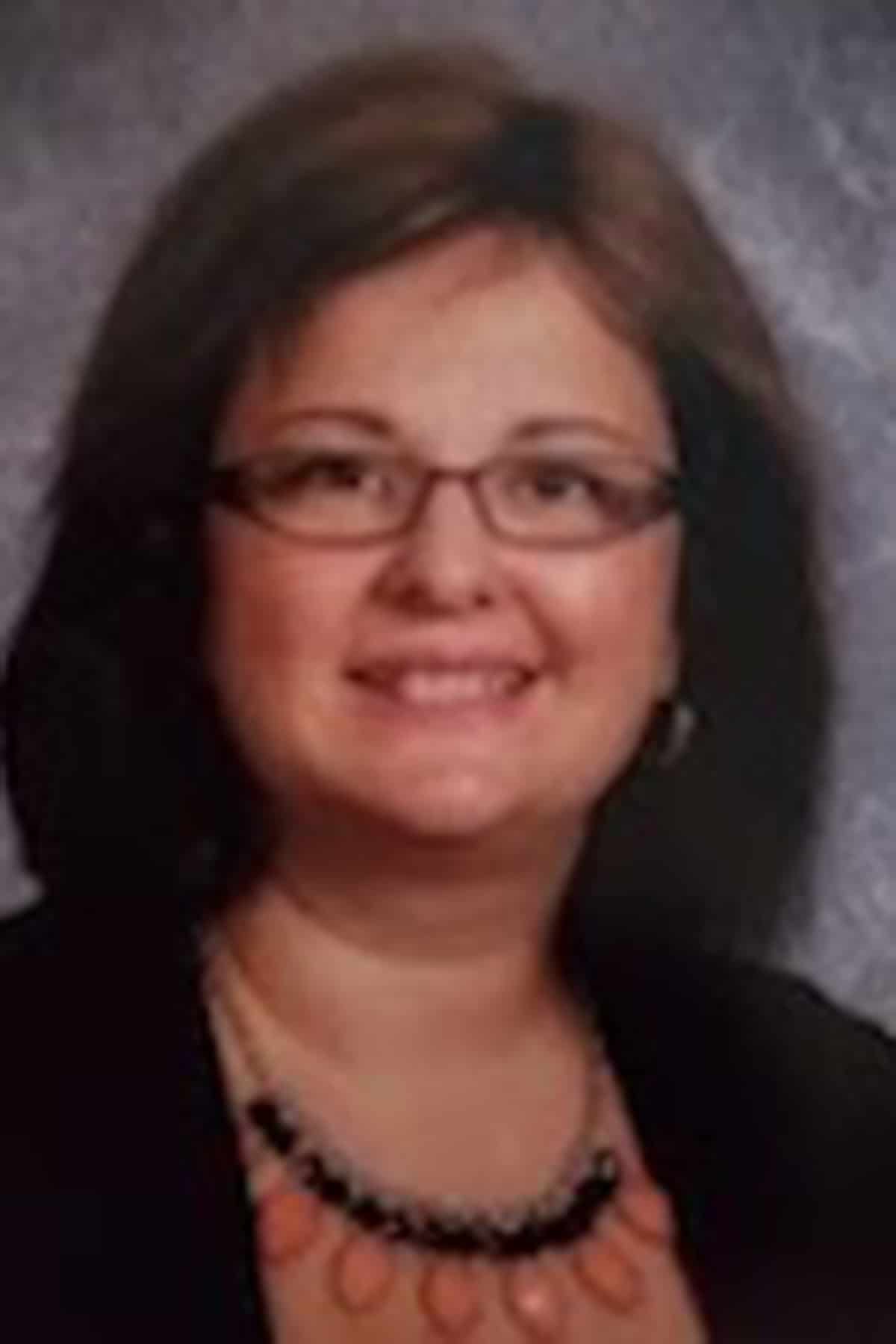 Molly has worked in a supportive role with Iowa Youth Chorus for four years helping with grants and fundraising and is parent to two choristers. In 2019 she stepped in part-time to help manage Iowa Youth Chorus in an interim role. Molly worked for 14 years as the Community Relations Manager for Barnes and Noble in which she successfully developed and executed results-oriented, community relations programs. In her professional roles, Ms. Topf has cultivated and maintained positive relationships with educational, literacy, literary, cultural, and arts organizations in the central Iowa area, executed and managed events, managed scheduling, budgeting, team-building, training, staff development, and been the media and public relations liaison. She is a member of St. Augustin's parish where she leads the Little Flower's Girls Club, and is a Home & School volunteer at St. Augustin school. In her spare time, Molly enjoys creative projects, gardening, reading, exploring new places, and most of all, spending time with her family.

JIm has taught vocal music for more than 30 years. He received his undergraduate degree (B.A.) from Luther College and his Master of Arts in Effective Teaching and Administrative Endorsement from Viterbo University.

Jim has been directing choirs at Iowa Youth Chorus for the past 15 years. He has worked with Children's Chorus, Concert Choir, Boys Choir, Chorale, and Chamber Singers.

Jim is currently an instructional coach in the Dallas Center-Grimes School District. He also directs a show choir and is in charge of the high school musical. He has taught all levels (K-12) vocal/choral music in schools, churches, and private lessons. Additionally, he has directed numerous ensembles including hand-bells, brass, pit orchestra, and a STOMP ensemble.

Heather Bagley is a Des Moines Public School music teacher at River Woods Elementary school. She graduated from Briar Cliff University with her Bachelors of Music and K-12 teaching endorsement. She has been a part of Iowa Youth Chorus since 2016 and has served in many roles. Currently, she is the Vice President of the Board of Directors and also serves on the artistic team as a conductor as well as the community partner liaison. She is passionate about ensuring all children have a place in the choir and is proud of the work she has done with the 21st Century Community Learning Centers partnership.

When not attending rehearsals, you will find Heather planning trips to Colorado to see her two nephews or visiting her parents in Nevada, Iowa. Recently, she has taken up gardening and can spot a coleus a mile away. When asked why Heather enjoys working with Iowa Youth Chorus she said: “The confidence and community that I have seen children develop through our choirs is incredible! We give these children a place to raise their voice through song. We are ‘More than Music’”.

Elizabeth Moldovan has taught elementary music for 9 years. She received her Bachelor’s of Music Education from Drake University in 2011; she also has her Masters Degree in Special Education from Morningside College.

Elizabeth has worked with Iowa Youth Chorus for 3 years with Metro, 21st Century, and Community Partner groups. She works with the younger choirs, Primary and Children’s.

Elizabeth has taught general music at Phillips Elementary for 3 years. She recently directed a children’s musical performance of Annie with fifth grade performers and stage crew.

Elizabeth lives in Des Moines with her two kitties, Rebel and Figaro. She loves to garden and try new dessert recipes.

Joseph Tangen is in his 19th year of teaching as the Pella Middle School Vocal Music Director. In his position for Pella Community Schools, he directs the Sixth, Seventh, & Eighth grade choirs, PELLAdrenaline (Middle School Show Choir), Boys’ Choir, Girls’ Choir, and provides vocal lessons for about 160 choral students per week. Under his direction, the middle school chorus program grew from around 100 students to over 250 students over the span of his first five years. Today the program consists of close to 300 students involved in choral activities in grades 6th, 7th, and 8th.

In 2019, Tangen directed the Bass Clef Opus Honor Choir. Tangen has been active with OPUS for several years, chairing the OPUS 7-8 Boys Honor Choir for 2011-2012 and the Chair of the Opus Honor Choir Festival 2015-2017. As a participating director, he has had at least one student accepted every year since he started teaching in 2002. Since 2013 Tangen has served as the Repertoire and Standards Chair for jr. high/middle school with the Iowa Choral Directors Association. He is often called upon to adjudicate for the Iowa High School Music Association. He has directed and continues to be invited to direct several choral festivals across the state.
Mr. Tangen is an alum of Wartburg College, Waverly, Iowa; where he earned his Bachelor of Music Education degree in 2002, and recipient of the Outstanding Bachelor of Music Education Award, which is presented to one student per department. Tangen was a NATS finalist as a vocalist in 2000.

In the community, Tangen directs the Pella Children’s Chorus, which is an outreach choir of the Iowa Youth Chorus. He is the adult choir director at Peace Lutheran Church. In the Summer, Tangen plays French Horn in Pella City Band and is often a featured vocalist.

Will Edgar is currently in his tenth year of teaching at Berg Middle School in Newton, where he directs the 5th-8th grade choirs as well as teaching 5th-6th grade general music. He also directs a select extra-curricular chamber choir and show choir. During his tenure at Berg, he has taken several students to ICDA district, Opus, and NC-ACDA regional honor choirs.

A native of Colfax, Will received his undergraduate education at the University of Northern Iowa, where he holds a B.M.E. in Choral Music Education, studying under Dr. Brad Barrett. He also received a B.A. in Spanish and served as President of the Spanish Honor Society “Sigma Delta Pi”. Mr. Edgar is an active member of the Iowa Choral Directors Association, serving on the board as South Central District Chair from 2016-2019. During his free time, he enjoys performing on stage in shows at the Newton Community Theatre and Des Moines Community Playhouse. He currently resides in Newton, along with his Xbox One and various instruments.

Certified in both Orff and Kodaly, Stessman combined her passion for music and education to begin a career in education as a K-5 General Music teacher for Des Moines Public Schools at Jackson Elementary School in 2017. In addition to this role, Stessman also serves as Adjunct Faculty of Saxophone at Grand View University in Des Moines, Iowa, Saxophone Instructor in the Drake University Community School of Music, and Children’s chorus Conductor for the Iowa Youth Chorus. As an active philanthropist for youth in the city, Stessman also serves on the Board of Directors for the B.Well Foundation, providing support, mentorship, and education to the youth of Des Moines. Stessman is a proud alumna of the Sigma Alpha Iota International Music Fraternity and current member of the Organization of American Kodály Educators (OAKE) and American Orff-Schulwerk Association (AOSA). Her teachers include James Romain, Nathan Nabb, and James Bunte.

Mrs. Knox has been an elementary music teacher for five years.  Mrs. Knox earned her undergraduate degree (B.A.) in Music Education from Grand View University. She is excited to begin her Masters in Education through Drake University in January 2021.  Mrs. Knox has been directing a Children's Chorus at Iowa Youth Chorus for two years. She currently teaches K-5 music at Samuelson Elementary in Des Moines and previously taught at Brubaker Elementary and Garton Elementary.

Mrs. Knox lives in Altoona with her husband Dan, a student in the Physician Assistant Program at Des Moines University (DMU), and their two daughters, Natalie and Gracie.  Outside of teaching and directing choir Mrs. Knox enjoys spending time with her family, reading, and spending time outdoors.

Barb Nunnikhoven has been involved in a variety of musical roles, both church and community based. She currently serves as an accompanist for Iowa Youth Chorus, Pella Adrenaline- Pella Middle School’s show choir and Gospel Singers Male Chorus. She is a part-time organist for various churches in the Pella and Knoxville area. In the past she has served as a full-time organist and directed church choirs in both Iowa and Oklahoma and accompanied a variety of Pella Community School choirs, musicals, and band students. She has also been involved with Pella’s Union Street Players productions. Barb is a Financial Coordinator for Vermeer Corporation.

Kendra Leisinger has been a music educator in the public schools for thirty years. She began her music education career as a teenager, teaching private piano, viola and flute lessons. After graduation from Wartburg College, she taught for eight years in the Central Decatur schools while spending the last twenty years teaching elementary music in Ankeny. She has a master’s degree in music education from UNI as well as mastery level certificates in Orff-Schulwerk and Kodaly as well as Feierabend certification. She has worked as an accompanist for children’s choirs at Heartland Youth Choir, Iowa Youth Chorus, and Westminster Presbyterian Church. She has variously served as church accompanist and bell choir director. She has served on the IMEA board in different positions since 2004, currently as Immediate Past President.